If you don’t think surfing can be described as a ‘culture’ then perhaps you have not visited Cape Town! It’s actually quite crazy to see the sheer amount of surfers in the water in Muizenberg when the North Westerly is blowing. Now I’m not saying that the surf in Cape Town is only super crowded, although you can definitely find super crowded spots! But you can also always find a beautiful corner to yourself and your mates. What I’m saying is that you can feel that culture in the water, you can feel the culture in the vibes in the parking lot, in the shit-talking while people are changing in and out of their wetsuits and recounting their rides. It surrounds you. You feel it when you are driving on the roads and every second car has a board strapped to the roof. If you are relatively new to surfing it is easy to be taken in by this culture, and you won’t want to leave!!

On these beautiful winter days it is not uncommon to see the whole family rock up in the Muizenberg parking lot, Mom, Dad, son and two daughters, everyone with sun-bleached blonde hair, except for Dad who is now bald but probably has an 8-pack even though he is in his early 50s. He’s a foiling SUPer, of course. Everyone surfing. Most are just out their doing their best to catch some green waves on their long boards and other are out there trying their best to get their toes on the nose. Then every time you look up you see the the short boarding Muizenberg locals, Paul, Ntando, Ziggy and crew putting down a world-class aerial show for the masses. High flying skills on open display. Then you fall on your next take-off… 🙂

Surf culture is alive and thriving in Cape Town and it is no wonder why it is attracting more and more surfing travelers from abroad, especially Europeans. Come and try it for yourself, there’s a different type of wave for everyone. 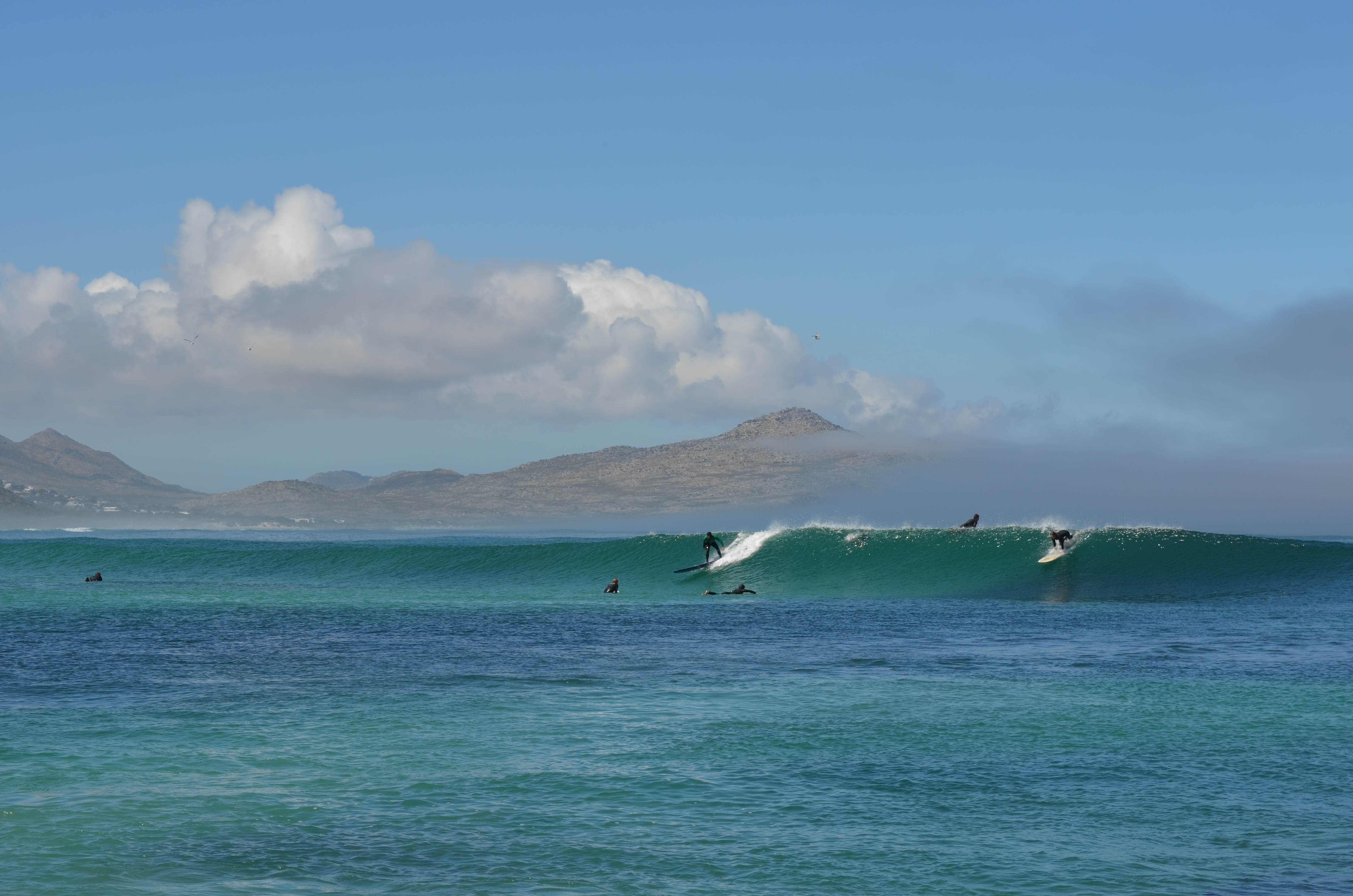